ON WRITING:
What is your favorite part of being a writer?  Being solitary. I love my own company.

What is your least favorite part?   Being solitary. Loneliness can take you by surprise.

Name one obstacle you’ve had to overcome.   I can't name just one. Everything about writing is hard, and while they are obstacles, I also consider them rewarding challenges when overcome. But if I were forced to name a few, I guess I'd start with: finding enough time to write; learning how to position and market oneself as a solo player in the industry; not allowing oneself to become discouraged.

Is there a specific part of your writing you’re working on to improve?   Dialogue. And not over-editing.

What part of your writing makes you particularly proud?  My descriptive abilities… and if you want to get even more pretentious, my lyricism; I am blessed with a kind of poetic, melodic, rhythmic sensibility even in prose, which of course has its downside in that I have a tendency to be overly ornate and baroque.

What does your favorite main character have in common with you?   Part Irish. Stubborn/tenacious. This will, of course, mean nothing to anyone unless I finish the novel in which this character lives.

Do you do a lot of research for your projects or do you only write about what you already know?   I try not to go overboard with research, as it can drag the story down and become too obvious. That's not to say I don’t do it, I'm just careful not to over do it.

How do you use the internet for your writing?   Research. Ideas. Absurdity. Everything.

If you’ve won any awards for your writing, what impact do you think that has had?   No awards. I ought to send more stuff in to competitions, I guess. But I imagine winning would feel pretty good.

What one marketing tool have you had good success with?   The only thing I've found to work so far is the not particularly original idea that you present yourself online as you would in person; be compassionate, engaged and interested in others and they will be more likely to gravitate to you, to see you as a person and not a one-man book marketing agency, a self-shill! But that, of course, is slow. One grain of sand at a time until one day you wake up and you maybe have a beach... or, hmmm, maybe just a castle that's vulnerable to the tide. It also means most of your readers are also writers, which is great in that you get to read a wide variety of books in that spirit of reciprocity independent authors are now engaging in. Of course, the corollary of that is less and less time to write! It really is an incredibly delicate balance.

What good writing habits have you developed that you think would be helpful to someone starting out?  None. Ha ha. I am riddled with the stuff they tell you not to do in creative writing classes. I edit as I go, often stopping mid-sentence to go back and rework something that was bothering me. I don't have a consistent time each day to write, it depends how much editing work I have that day, alongside a whole bunch of other life details. I suppose one thing I do well is that very thing: edit. They say you shouldn't edit your own work, and while that's almost certainly excellent advice in most cases, I have so far gotten away with it. I'm kind of like Rain Man, if someone shoves a page of text in my face, I can instantly "see" any mistake. I think I might be a savant.

Do you have any bad writing habits that you’d advise writers to avoid?   See my last answer. Oh, and another one: not finishing what I've started. I daren't even count the number of stories begun in a rush of enthusiasm and passion that, due to tiredness or the wine catching up with me, were never finished during that inspired moment and then seemed impossible to finish in the cold light of day.

Do you have any strange writing habits?   Music. It's absence and presence. Sometimes I write to music, sometimes not, and there's no apparent rhyme or reason to why it's sometimes one way and not the other.

When you’re not writing, do you read, and if so, what?   I read classic literature, contemporary novels and horror. As an example, within the last year I've read The Turn Of The Screw by Henry James, To The Lighthouse by Virginia Woolf, 2666 by Roberto Bolaño, and a horror anthology, The Dark Descent, edited by David G Hartwell. I love poetry too. And I read hundreds of articles on the Web, of course, ranging from soccer blogs to music writing to art to general pop culture stuff.

What are you trying to accomplish with/through your writing?   Communication. I am not original in this, but I believe it's magic and the closest thing to telepathy we're probably gonna get. I want to be able to describe something—an event, a landscape, a mood—and have someone else, a stranger, experience something similar. Not identical, as that person is bringing all of his or her own history and baggage to the piece of writing, but something. To affect another human's feelings with words that originate in my feelings just seems incredible to me. And on top of all that, I want to be able to do it with beauty. I'm not ashamed or even particularly embarrassed by that, either. I don't just want to say it, I want to say it well, with a certain melody and style. I'm so not ambitious in the traditional sense of that word, yet very ambitious about my writing… too much so, arguably.

ADVICE TO OTHER WRITERS
What words of wisdom do you have for young writers? Keep going and don't give up. Listen to those older and wiser—be respectful, but if you feel strongly enough about something, have the courage to ignore their advice sometimes. Your path will be unique, after all, and unknown to all, including yourself, until you have embarked on it. This is hypocritical, but develop good, consistent writing habits, even on those days you feel like it's the last thing you want to do.

What advice do you have for someone looking to get published?   The industry is changing so fast right now that this is both exciting and terrifying. All indications are that traditional publishing as we have known it is, if not dead, in the process of a radical upheaval. All the old advice seems almost quaint. I can't know this for sure, but having read and absorbed the thoughts and opinions of other writers I trust and respect, from all over the internet, I would say: seize the day. By the throat. Format your book for the Kindle. Smashwords. CreateSpace. Go the self-publishing route, whether eBooks, paper books or both. But keep writing—again, all indicators point to your sales increasing exponentially the more books you publish.

Any thoughts on what this author writes?  How many books published?  Here's a little more information about the author...

How many published books are to your credit?    One.

Are you self-published?   Yes.

How many different companies have you published with?   Amazon (Kindle) and Smashwords.

Do you write full-time? If not, what is your other job? And how do you balance work/writing?   I write and edit and attempt to make that work full time. And I am terrible at balancing the two.

So, any thoughts?  Here's the full scoop:
David Antrobus is a former youth worker and writer/editor whose work explores the unsettling margins where beauty and darkness intersect. He originally hails from darkest , and currently makes his home just outside beautiful .  He wrote Dissolute Kinship: A 9/11 Road Trip largely following a solo road trip to New York City from Vancouver, Canada at the time of the 9/11 attacks. It was an attempt to integrate a personal struggle with trauma with the larger collective trauma of a city still very much in shock. Despite its subject matter, it is a surprisingly heartening story. If all goes well, a planned tenth anniversary trip this September will result in a sequel, via which he hopes to develop a longer and wider perspective on the horrors that transpired a decade ago.
Dissolute Kinship: A 9/11 Road Trip is available through Amazon.com, Smashwords and other online venues.

THE FUTURE
What are you working on now?    A dark fantasy/horror novel. And a short story collection. I may also write a sequel to Dissolute Kinship: A 9/11 Road Trip after I visit again this September, a kind of personal full circle type thing.

PARTING WORDS
Anything else about being a writer that you’d like to share?    I used to work with damaged teenagers; abused, neglected, street involved kids. I've had blades held against my ribcage, been threatened with screwdrivers and shards of glass, seen people open their veins in front of me, but writing is harder than all of that. I'm not saying it isn't rewarding—in fact, it had better be, given what I just said—but it's one of the most emotionally wrenching and arduous pursuits, whether fiction or nonfiction. Just think, when you write that bad guy's character, and if he or she is truly a bad guy, you have to get inside his or her head and feel what s/he feels, and that can be truly appalling. Maybe that's my PTSD talking, but it's not a good feeling and can literally leave me shaking. But that's just me.

More information about David is available at http://www.amazon.com/David-Antrobus/e/B004UHQMBK and on Facebook at  http://www.facebook.com/david.antrobus.author  as well as Smashwords:  http://www.smashwords.com/profile/view/DavidAntrobus

Is there anything else you'd like to know about David, or any questions you'd like added to future interviews? Let us know...drop us a comment below. 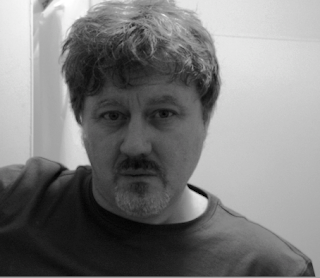 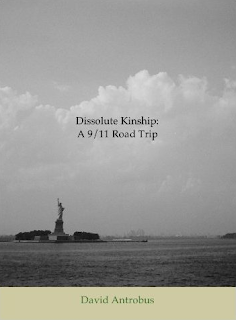