ON WRITING:
What is your favorite part of being a writer?  Creating characters and worlds...but mostly characters. They can be extensions of yourself or a complete fabrication. It is a great escape.

What is your least favorite part?  Research. Although it can be interesting at times it also gets a little monotonous. I like to use as much of my own knowledge and creative experience as I can and then go back in to clear up an misconceptions.

Name one obstacle you’ve had to overcome.  The industry is SATURATED with novels and now ebooks. Everyone and their brother thinks they're a writer all of a sudden and this includes celebrity. What I am STILL trying to overcome is just getting my work in front of the right people. As much as the change to the industry with the electronic age has increased authors chances of making a mark they have also put up that much more stumbling blocks.

Is there a specific part of your writing you’re working on to improve?  Showing more rich detail. It is like when I used to color and I loved doing the main image and skipped the background. You have to include every facet or the picture, or story in this case, won't pull together.

What part of your writing makes you particularly proud?   I've received some really great reviews.

What does your favorite main character have in common with you?   All my characters wind up being an extension of myself. In the midst of what they think of as flaws they are commonly going against the grain and fighting for something.

Do you do a lot of research for your projects or do you only write about what you already know?  No topic is off limits. I will write from what I know and then go back in via editing and supply the research for the things I don't know.

How do you use the internet for your writing?  Research. That is one technological advantage that works well for the writer. You can find whatever you need with only a few clicks of the keyboard. It is also a must for writers to be tied into the social networking sites. You have to get into the public eye as much as possible.

If you’ve won any awards for your writing, what impact do you think that has had?   It never hurts to have “award winning” after your name. It draws attention, gives you recognition from an outside source.

What one marketing tool have you had good success with?   Conventions but you have to be on your game. You can't just sit at a table and wait for people to come over to you. I pull out all the tricks. Suddenly I'm a carnival barker calling people over and making small talk that always segues into whatever I'm pitching.

What good writing habits have you developed that you think would be helpful to someone starting out?  Learn all the rules then break them. Make your own rules. Develop your own style. Please don't follow the trends. The big thing going on now will be passe by the time you write your novel. BE the next big thing instead!

Do you have any bad writing habits that you’d advise writers to avoid?   Discipline. You should make your writing a habit. Same time, same place. Develop a habit. Make it part of your routine. It is too easy to get sidetracked by everything else if you don't.

Do you have any strange writing habits?   I write long hand on a legal pad for the first draft. Then I'll put everything into my word processing program and at the same time edit it so I have a clean second draft ready to go.

When you’re not writing, do you read, and if so, what?  Yes, if you are a writer you should be reading everyday. I read a lot of different authors. I like finding new authors and also returning to old favorites. I also read a lot of self help books and autobiographies.

What are you trying to accomplish with/through your writing?   Ha, nothing! I'm not one of those authors who is trying to change the world or deliver a message. I write for entertainment. When I read as a child it was just as much fun, if not more, than watching a movie. I want to draw emotions from people like emotions were drawn from me when I was little.

ADVICE TO OTHER WRITERS
What words of wisdom do you have for young writers?  Write for the wastebasket. What that means is that you realize the first draft is exactly that...don't over think it and try to make it perfect. Write it as though you were just going to throw it in the trash. Sounds harsh but it works.

What advice do you have for someone looking to get published?   Do your research. And never, ever sign a contract without reading it thoroughly!

Any thoughts on what this author writes? How many books published? Here's a little more information about the author...

How many published books are to your credit?   5

Do you have an agent?  Not yet

How many different companies have you published with?   Including the self-published titles, 4

How long have you been writing?   Since I was 8

Do you write full-time? If not, what is your other job? And how do you balance work/writing?  The dream is to write full time. I've had many day jobs. Right now I'm a fitness instructor.

So, any thoughts? Here's the full scoop:

Cynthia Vespia has a background as a certified personal trainer; licensed private security guard; and trained mixologist. But the allure of writing has always been at the forefront. As a skilled wordsmith she established a successful career as a journalist and promotional writer. Throughout that time she remained true to her passion and pursuit of writing novels.

Her first novel, a medieval fiction entitled The Crescent was published in August 2005. The novel was unanimously praised as "an engaging, descriptive read" which prompted a sell-out at Borders Bookstore in less than one hour during the first official signing.

A short story, a satirical look at the afterlife titled Death's Grand Design (Utterpants), was published online shortly thereafter and once again met with reviews that honored her attention to detail and the flow of her prose.

In May of 2006, Theater of Pain was released. This thriller unfolds within the eccentric world of professional wrestling where competitors would do anything to reach the top...even murder.

After a short hiatus, Cynthia returned with Demon Hunter. It is the story about a nobody who becomes a somebody in the bloodiest of ways. Following the tradition of dark fantasy and combining the concept of high-adventure, Demon Hunter examines both the light and dark side of human nature when a man learns he is fated to hunt demons before they corrupt mankind. The success of Demon Hunter was followed up by the sequel Seek & Destroy which takes the characters and the reader on a journey that begins on the high seas and ends in Hell. Both novels (published in e-book format) were nominated for Best Series in 2009 by LRC Cafe. The respective trailer for Demon Hunter: Seek & Destroy won a Most Artistic Trailer award from New Covey as well.

Cynthia’s latest release returns to the contemporary side of thrillers but still contains that special twist that her novels are fast becoming known for. Life, Death, and Back delves into the paranormal when a mans life is tragically cut short and he remains on Earth as a guardian angel to those he’s left behind.

Today Cynthia writes character driven suspense fiction and dark fantasy. Cynthia likes to refer to her novels as "Real life situations that you could find yourself in but hope to God you never do. In her spare time she enjoys reading, movies that involve a strong plot/characters, and keeping active through martial arts and fitness training.

Cynthia's books can be purchased at

http://cynsights.blogspot.com/p/cynthias-novels.html
THE FUTURE
What are you working on now?   There have been some exciting changes. The Original Cyn, that's me, will be debuting a plethora of new and newly revised projects. Favorites like The Crescent will be getting a facelift and coming over to Kindle, etc. while new projects will be released within the next few months. Stay tuned to www.cynthiavespia.com and www.facebook.com/cynthia.vespia for all the details.

For more information on Cynthia Vespia – Author of Thrills and Chills, visit her at http://www.cynthiavespia.com/ or www.facebook.com/cynthia.vespia

Is there anything else you'd like to know about this author, or any questions you'd like added to future interviews? Let us know...drop us a comment below. 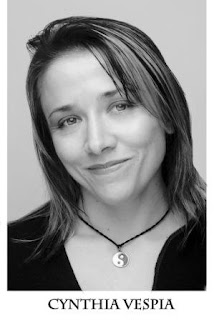 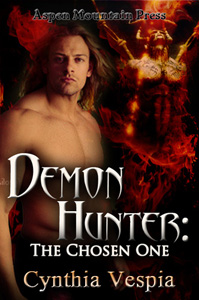 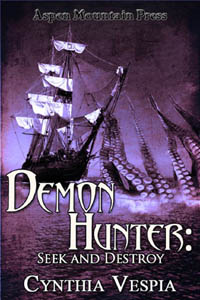 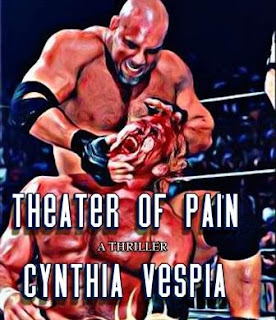 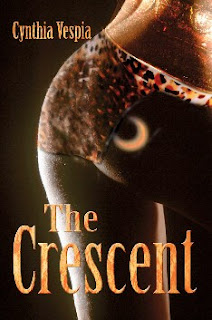