Author Blog Hop - Good Character with a Dash of Bad... 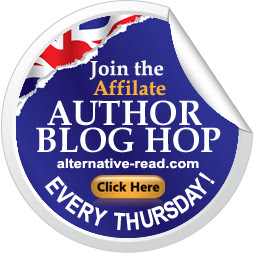 Okay, now I'm getting the hang of this! Thank you Angelika Devlyn for steering me in the right direction.
Yesterday I was supposed to post this author question and give my answer as part of the Blog Hop: Thursday, June 23rd 2011:

MY ANSWER: I personally don't create main characters that way. I look at what the character's main goals are. I look at what they're willing to do to achieve them. Then I put the obstacles in their way - how will they handle them? I believe a character's motivation directly impacts their decision-making, and their interpretation of "good versus bad."

If the perfect opportunity arises to torture, then murder someone who has done something heinous to a "good" character (let's say her name is Lily) - and she knows there's NO way she can get caught - why shouldn't she take advantage of that? To the reader, that's probably BAD, but in Lily's head, it may be the only way to survive. Does that make HER bad?

I think perhaps the true answer to this question is: if you want a good character to do bad things - what weaknesses do you give them? The same recipe goes for a bad guy doing good.

Thanks for visiting me on the Blog Hop!

Guest blogs are a great way to get free exposure. Not only that, they're a great opportunity to "meet" other writers, and to write about something that interests you.

If you have the opportunity to write a guest blog, take it!
Posted by K.S. Brooks at 5:54 AM No comments:

I Can't Make Myself Write...

Question:  Please tell me how I can finish a fiction book... I've got great ideas, but I get to the 3rd chapter and pfffttt... any tips???

Answer:
#1 - Don't write it in order. Write the scenes that move you or interest you the most, then connect them later. (unfortunately that's how I write all the time)

#2 - Just write. Don't edit until afterwards. You can always take out anything you don't like later, and you can always add to it. Just get the foundation down.

#3 - If you have writer's block, take a song that fits the mood of the book or scene and listen to it incessantly until you "catch the mood". I had to do that once and it worked well. I was on the last scene of my rewrite and I couldn't make myself do it.
Posted by K.S. Brooks at 6:52 PM No comments:

The link below goes to a Skype Interview I had with Lauren Barnes of WriterViews.com.

Meet Suspense Novelist and Children’s Author K.S. Brooks (and her dog, Mr. Pish!)
Posted by K.S. Brooks at 8:54 AM No comments:

Contests: A Great Way to Get Free "Publicity"

Online contests are a great way to get free publicity.  Of course, it's only free if you choose a contest with no entry fee.  They are out there.  These contests can be for anything - book trailer videos, book covers, etc.  These are not usually for the actual book/story itself (most book contests do have entry fees FYI - since reading and judging is involved).

Many of these contests have lenghty waiting periods - because they're free - but get yourself in the queue and eventually you'll get there.  All you have to do is upload a copy or provide a link to your work and fill out an online form.  Easy!  Then your book cover/trailer/whatever will be exposed to the followers of the site, plus as you send the request to your "lists" to vote for your material, that will serve as a valid excuse to contact them and will remind them your book is out there.  Ask them to ask a friend to vote as well, and the next thing you know, new people will be familiar with your book.  Remember, your competitors will be doing the same thing - providing even more exposure to your work.  So even if you don't win, you still win.

Meanwhile - The Kiss of Night book cover is up for a Sassy Brit award! Please go to their site, and on the right, please check the box next to #5 – The Kiss of Night, then click on the Vote button just below the 10 entries. THANK YOU!!!


It’s super easy and you don’t have to log in or become a member or anything like that. It just takes 2 clicks and you’re done!

If you’d like to see the book covers up for the award, you can watch the Sassy Brit’s video here: http://youtu.be/z2yIVO9EX_0

If you want to skip the video and just see the cover for The Kiss of Night, that can be viewed here: http://www.agentnight.com/KissofNight.htm or below.

Thank you for your support!!

Author K. S. Brooks and host Cyrus Webb discuss "Postcards from Mr. Pish" and her other works.
Posted by K.S. Brooks at 1:22 PM No comments:

I've been honored that an extremely reputable writers' association has invited me to be a top-level judge for their annual novel-writing contest numerous times now.  I recently received a follow-up email from them with a point I found to be most curious:

Issue:  A few writers complained vehemently about the critiques. Their feelings were hurt. They told me that they only wanted to know whether they won or lost. Next time, we could have the writer opt in if they want the judges’ written remarks. What do you think?

What I answered:  I will write my comments anyway because it helps me to score the manuscript. I would say NOT to tell the judges if the writer opts out because that could influence the judging in some way as it becomes obvious that they do not wish to become better writers by learning from others. I'd say whoever coordinates the information back to the writers should control if they see the critiques or not.


What I was really thinking:  Seriously?  Their feelings were hurt?  They're lucky to get judges who are conscientious enough to provide them with feedback.  Most agents and publishers won't do that, so how will they learn what their strengths and weaknesses are?  The idea of this is just completely absurd to me.

I always make an effort to note not only the bad parts of the manuscript but also the highlights, like a nice bit of imagery or a clever line of dialogue.  I try to follow "The One Minute Manager" style to keep things balanced even if the writing is so bad it's nearly unbearable to read.  There's no reason to tell someone that you'd rather slit your own wrists than read one more word of their pathetic attempt at a manuscript.

Once I traveled from Boston to New York City at the invitation of a literary agent.  I handed her my manuscript and was promised a detailed critique when she was done reading it.  Time passed, and I didn't hear anything so I dropped the agent a line. Her response was a curt rejection.  There was no critique.  There was no explanation.

Critiques are worth their weight in gold.
Posted by K.S. Brooks at 7:09 PM 1 comment: