The Most Expensive eBook in the World 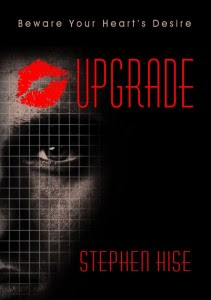 In one corner, you have the fully-bearded JA Konrath, preaching to the Indie masses to make their books more affordable in hopes they can sell more of them, therefore increasing their income. In the other corner, wearing a goatee befitting an evil mastermind, you have Stephen Hise.

Hise is trying a different approach. In fact – he’s going in exactly the opposite direction. Stephen Hise today announced he was raising the price of all available versions of his book UPGRADE, on Smashwords, to one million dollars. This makes UPGRADE the most expensive eBook in the world, obliterating the old record held by Nuclear Energy, now on sale at Amazon for a mere $6,232.00.

Asked why he raised the price so dramatically, Hise said, “I read an article by somebody or other who claimed that his sales actually increased after raising the price. I figured if I raised it high enough, I’d only need to sell a couple of copies—half dozen at best.”

You can read the rest of my article at Indies Unlimited here.
Posted by K.S. Brooks at 8:25 PM